What’s in the box

What’s in the box

The space phone arrived in my office in a standard shipping box. The return address was from NASA, and it was addressed to me.

I knew exactly what it was: a satellite phone being sent to the museum ahead of Dr. James Green, NASA’s head of planetary science.* The phone was a communication device just in case things went wonky with the cell service during the total solar eclipse of 2017. 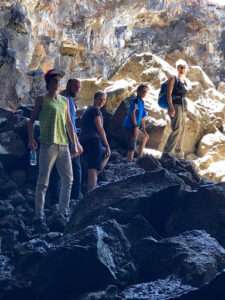 The mature part of me wasn’t going to open the box — even though it was addressed to me — because I knew it wasn’t meant for me.  I was just meant to hold onto it until the NASA people showed up to reclaim it. We had met the NASA and Jet Propulsion Laboratory (JPL) staff previous to their arrival with satellite trucks and scientists and a film crew. During their time checking out the museum, we had taken them for tours of the area, including to Craters of the Moon and the Idaho National Laboratory facility that builds power systems for NASA projects, including the Curiosity rover on Mars. We had walked around town, dined together, and become friends. Their stories about the wonders of the universe inspired a fascination for space that changed the way I look at the heavens. 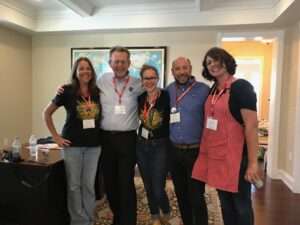 They all had brilliant senses of humor and we talked about many things, including life on other planets and the controversy about the moon landing being faked in a studio. When they were mapping out the safety perimeter around where Green would later narrate the eclipse on live TV, they noted, “Dr. Green will be here, and the humans will be there.” I asked if they were expecting non-humans from space, and they shrugged: “Maybe.” On one of our visits, I asked if they had the memory-erasing flashy pens — like the Men in Black. They said, “maybe.” Obviously, I then asked them to give me one.

So, there I was with a box from NASA that could contain a flashy memory-erasing pen and most definitely contained a space phone. Having never seen a satellite phone before, I was picturing a high tech phantasmagoria machine such as Hollywood creates. It took approximately three minutes for my curiosity to take over and I carefully opened the box and what I saw inside… (!) 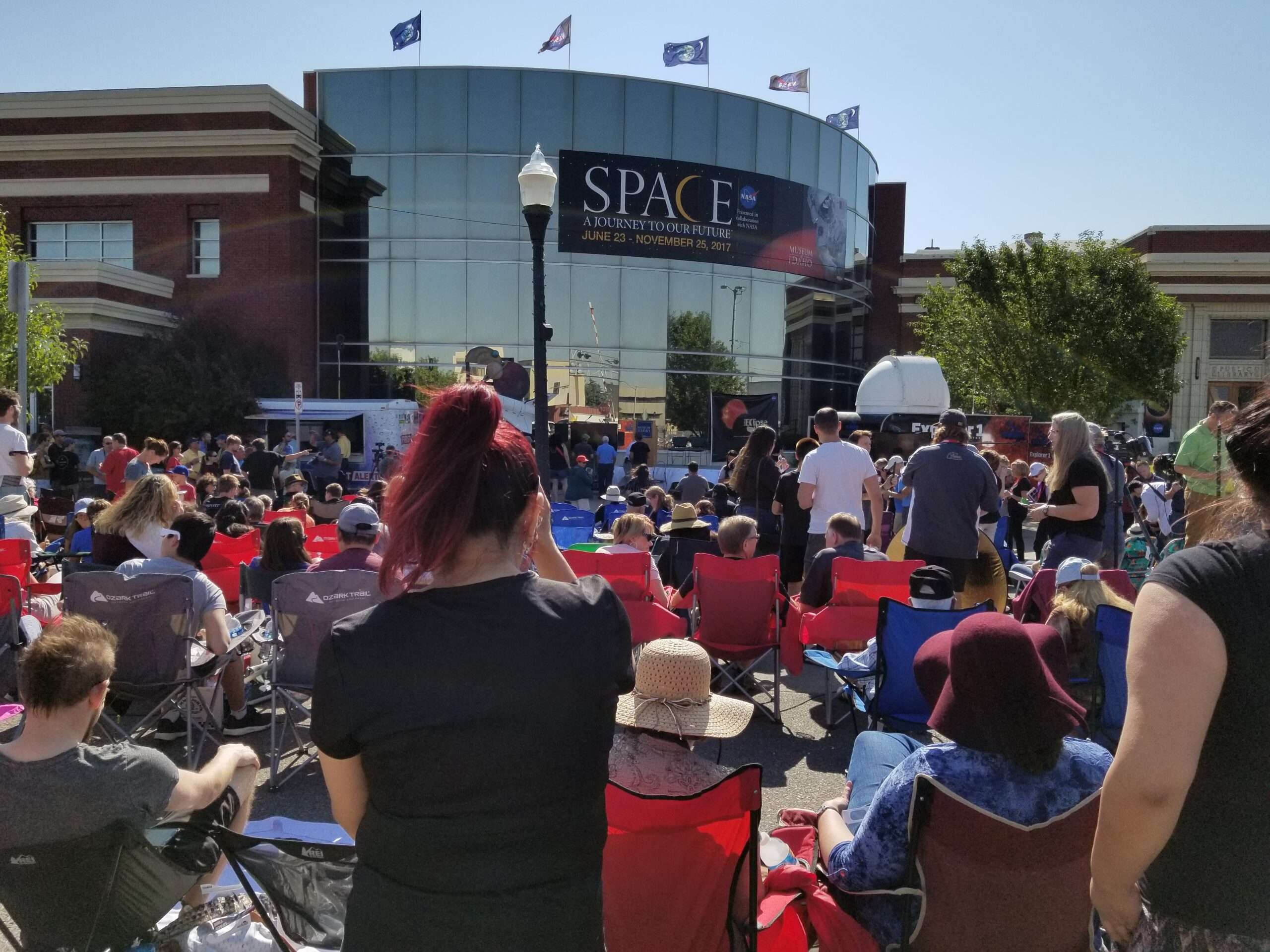 …was a satellite phone from the ’80s, when the satellite was launched, with lower technology than a garage door opener (I know because JPL’s  Randii Wessen told me).  It was both underwhelming and overwhelming to think that a satellite had traveled for 30+ years and still had power — AND you could communicate with it on what looked like an early carphone.

At that point, I know I also looked for the flashy pen… but I can’t remember whether I found it.

*Dr. Green has since been promoted to the role of NASA’s Chief Scientist.