The Presidents of Idaho, or How Grover Cleveland Saved Our State

The Presidents of Idaho, or how Grover Cleveland saved our state

But there haven’t been any presidents from Idaho, you say. Well, yes. Technically, that’s true. But a number of our commanders-in-chief have had major impacts on Idaho, and vice versa. Some highlights: 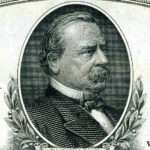 It’s well-understood that northern and southern Idaho are,  in many ways, two different states. But while nowadays, this diversity of geography is a prime selling point, in the 19th century, it was more problematic. The two regions had been drifting apart, since the panhandle had commercial and communication ties to eastern Washington, but not to Boise or Pocatello or Eagle Rock. There wasn’t even a road connecting north and south until 1919, according to historian Linden Bateman. 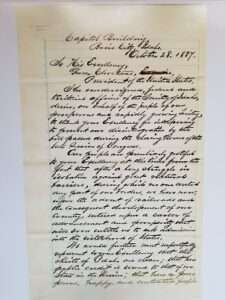 Inconvenient became nearly fatal when in 1887, Congress not only proposed, but actually passed legislation giving the north back to Washington. Around the same time, another proposal in the Senate would have given southern Idaho to Nevada, which was going through an economic rough patch.

When Idaho’s territorial governor Edward Stevenson caught wind of this, he sent a telegram to Pres. Cleveland, urging him to veto. (As Bateman notes, it probably didn’t hurt that Stevenson’s cousin was Adlai Stevenson, the Vice President.) Cleveland decided to pocket-veto the bill, and Gov. Stevenson, this story’s real hero, traveled to DC to plead his case before Congress when the issue arose again in the next session. With his help, the bill was defeated, and Stevenson made a major push for statehood soon thereafter, assuring esto perpetua.