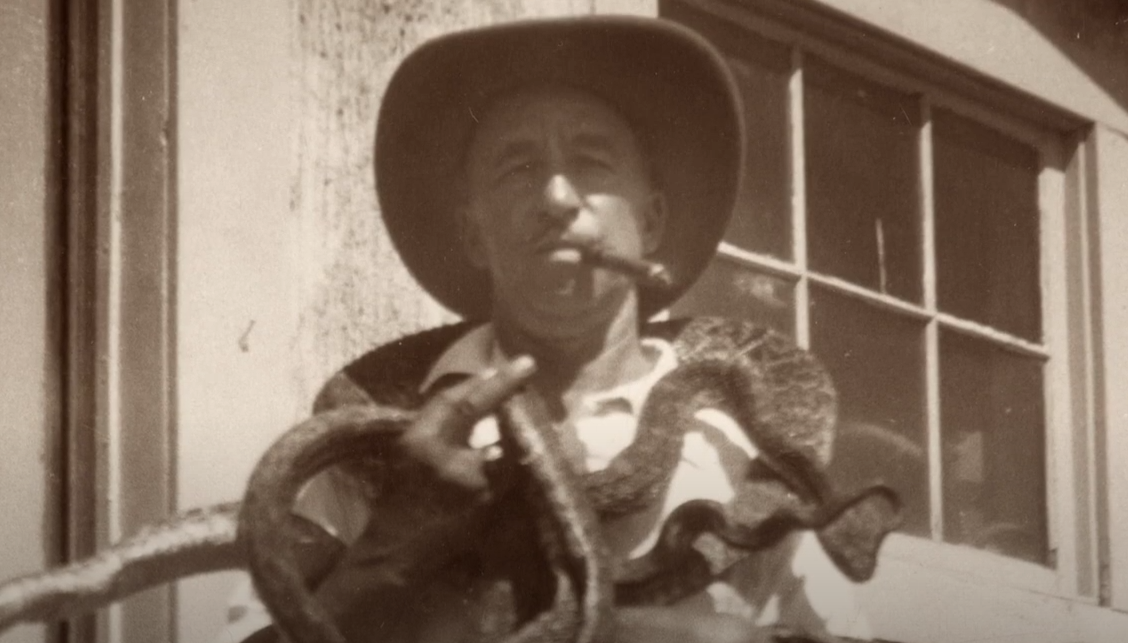 Beginning in 1875, this film chronicles the westward journey of 23-year old William W. Keefer from his ancestral home in Pennsylvania to a new life in the railroad boomtown of Eagle Rock (now Idaho Falls), Idaho Territory. The sprawling saga encompasses a transcontinental love story, a tumultuous railroad strike and violent windstorm, cowboys shooting up the town, and native tribes facing starvation. At the heart of the film are the exploits of William Keefer’s eccentric, twin sons, Fred and Frank.

Artfully blending historic photographs, family letters, memoirs, and interviews with local residents, the film provides a colorful glimpse into the early history of Idaho Falls and Eastern Idaho. The rich soundtrack combines original and traditional folk music by local husband-and-wife team, Bruce Stanger and Jennifer Korenke Stanger, as well as Native American flute, drumming, and chanting by Hovia Edwards and Robert Tree Cody. Producer/director Bill McMillin grew up in Idaho Falls and has spent the last 40+ years as a news and documentary cameraman, traveling the nation and the globe in search of a good story. This one brought him home.

MOI: What made you want to come back to your hometown and make a film about the Keefer brothers?
McMillin: It was actually because of the Museum of Idaho. It started when I came back home for my 50th high school reunion.

MOI: Which high school was that?
McMillin: I was part of the second graduating class at Skyline. I never actually went to the building itself, since it wasn’t finished yet, so we did all of our classwork at Idaho Falls High School.

MOI: So, how did the Museum of Idaho and your high school reunion help inspire this documentary?
McMillin: When I came back, my brother suggested I go check out the museum. Before I moved away, the museum was still a library. I went to go check it out and they had an exhibit on the Keefer family. At the same time, my brother, who also worked in TV, kept telling me he always wished we could have worked on a project together. So, I thought, these Keefer boys are pretty interesting and would make a great film. At the time, I was thinking about doing a much shorter piece, about eight to ten minutes.”

McMillin and his brother Tom were set.
However, as soon as he started researching, he quickly learned this was not about to be a short film.

McMillin: I spent six to nine months doing nothing but research, trying to find out if there was a story there. Eventually I got ahold of the Keefer brothers’ memoirs and they were really colorful characters. Most of the visual records I could find were from the Museum of Idaho. However, I needed more specific images that related to what the boys were talking about in their memoirs. I found so many different stories to tell, but was trying to find one common thread that ran through everything. That’s when I realized I could use their lifespan and the events they described. I could visually talk about and then connect them to these side stories of things that were happening in Idaho Falls at the time that directly impacted their lives. By the time I edited it all down, I had an hour-long film.

MOI: What stories stood out to you the most?
McMillin: In 1910, the boys took this incredible trip through Yellowstone. They had very little in their memoirs about that trip to Yellowstone, and I’m sure they had so many great experiences they never even wrote about. But every single thing they wrote about regarding that trip to Yellowstone, I put in the film because it was such an interesting concept – these two young kids take off and ride on horseback from Idaho Falls all the way up and through Yellowstone and back. So, I tried to tell that story in their own words.

MOI: Just to rewind for a second, what was it like to work with your brother so closely on a film about two brothers? It seems so poignant.
McMillin: It was special. We’ve always been very close, even though we’re not twins like the Keefer brothers. Even though we’ve been close all our lives, I used to talk with him maybe a couple of times a year. But since we started working on this film together, we still talk at least once per week now. We’re in touch all the time now. Spending two years working on this film together really bonded us in a profound way that made this whole project worthwhile for me. I know he would say the same. I have worked on hundreds, if not thousands, of television spots and documentaries, and this was the most rewarding.

MOI: How did that aspect help you connect with the Keefer brothers or the film in a different way than you expected?
McMillin: In a way, it was much different. Back in those days, they weren’t as open about their feelings and definitely did not leave any public records about their emotions or thoughts.

MOI: Bill, you mentioned a few serendipitous moments during your research. What was something unexpected you learned as a filmmaker while creating this film, either in terms of the craft itself or personally?
McMillin: This was the first time I had the opportunity to make the film what I wanted. I was always employed by somebody as a photographer, never a producer. I had total control over this project and didn’t have to answer to anybody other than myself. I wasn’t trying to make a living off of this. It was just a totally creative enterprise that I was choosing to do. It was almost like sitting down to paint a picture, only this time I was trying to harness all of the things I learned over the course of a career and put it into this project. There were times I spent 15 hours a day in the editing process without a deadline, so it was actually enjoyable. For the first time, this was an absolute joy to do.

MOI: So, what’s next for Bill McMillin?
McMillin: Just enjoy my grandchildren! My brother keeps telling me “never say never,” but it’s a lot of work. I was thrilled at the reception the film got when we showed it at the Colonial [Theater]. Showing it there was another highlight of the whole experience, because when I was growing up – it was called The Paramount — I watched hundreds and hundreds of movies in there. It was the best theater in town. When we got the “ok” to show it there, I was beside myself with joy. Then, when we packed the house and it was standing room only, I was just over the moon. I couldn’t believe it. But we were doing this film on such a small budget. We had almost no money to make this film. The only way we were able to do it was because of the graciousness of a few of our friends who put up the money to make this. It was such a small budget for a film this size. To do it again? I wouldn’t want to make one half-hearted. To do another really good film, it would take resources that we just don’t have right now. To do this again, you would have to have a real desire, but for now, I’m enjoying retirement and spending time with my family.