Note: This is one in a series of spotlights on MOI staff members who have been named a “Keefer Fellow,” a monthly program aimed at recognizing staffers for their contributions to the museum and the community. 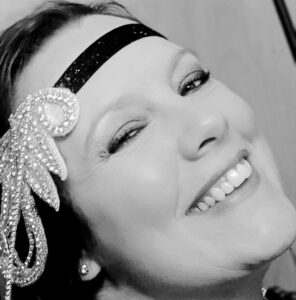 Q: Explain what you do at the museum in 20 words or less.

Amanda: As Visitor and Volunteer Services Coordinator, I oversee everyone that visitors interact with, including cashiers, docents, and other volunteers. Ringleader of the madness.

Q: What’s a museum-related accomplishment that you’re particularly proud of?

Amanda: Keeping the volunteer program running and expanding it, including with things like the Jr. Docent Program. We have some more ideas in the making as well.

Amanda: I raise ducks and kids. My son brought me a duck for Mother’s Day last year, and we ended up getting two more. We get two eggs a day. I could tell you anything you want to know about ducks, including some pretty creepy stuff.

Q: What would you do for a career if you weren’t doing this (and if money were no object)?

Amanda: I was a CNA and always wanted to be an RN, but I couldn’t after having back surgery. I also would have liked to be a ballerina, so I’m living vicariously through my daughter in that way.

Q: What’s the weirdest / most interesting past job you’ve had?

Amanda: When I was 17, I graduated high school and moved out to work at a dude ranch in Jackson. My parents dropped me off with my bike at a cabin surrounded by bears. I led horse tours and did turndown service and that sort of thing for tourists. Lots of good stories.

Q: Name a setback in your life that has ended up being a good thing.

Amanda: After a spinal injury in 2015, I was basically unable to walk for about two years. I owned my own cosmetology business and had to quit. It ended up being a good thing because it eventually brought me to the museum.

Q: What’s something – large or small, useful or not – that you’re really good at?

Amanda: I was wild.

Q: Tell us something about you that might surprise us.

Amanda: I am full of useless knowledge about random things. For instance, did you know that only girl ducks quack?